Well here is part 2 of the Italian tech tree. As some might have noted i didn’t say what type of aircraft the previous line was in part 1. Well it can be either fighter or multirole depending on how u want it. All planes has some ground pounding ability, especially the tier 9 and 10. This line is a clear fighter line though with very limited ground pounding ability. If someone wonders why it’s a mix of Reggiane and Caproni planes it’s because both companies don’t have enough planes for a full line and Caproni actually owned Reggiane.

The Caproni Ca.114 is a interwar biplane that was developed from the Caproni Ca.113 biplane trainer. It was armed with 2x 7.7 mm machine guns and had a top speed of 355 km/h. It competed against the Fiat Cr.32 to become the new main fighter of the Italian air force but lost due to various reasons. It was produced in 36 examples though and sold to the Peruvian air force. Its guns were rebarreled to 7.65 mm when in Peruvian service. So its standard armament will be the slightly bigger italian 7.7 mm machineguns but it will be able to upgrade them to 7.65 mm bullets which does slightly less dmg per bullet but the fire rate is increased by 100 rpm. 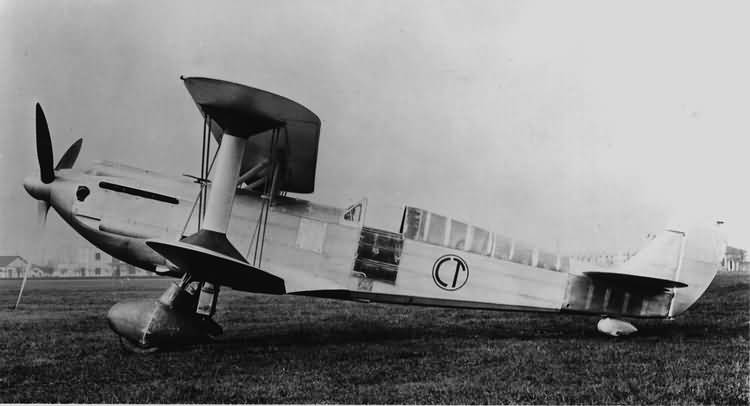 One of the lesser known Caproni biplanes but the Ca.165 was more or less like a biplane bf-109. It was fast with a speed of 470 km/h and had good armament consisting of 2x 12.7 mm breda machine guns. It was noted by a lot of pilots for being bad at turn fighting but being a great energy fighter. A more maneuverable variant was drawn up but it never went anywhere but to make the plane fit into this line of very maneuverable fighter planes that variant should be a fuselage upgrade. It was tested with a lot of different engines including radial engines which can be upgrades.

One of the more infamous Italian fighter planes of WW2. Let me present the Reggiane Re.2000! This plane was extremely maneuverable, fast (530 km/h) and had very good armament (2x 12.7 mm breda) when it entered service in 1940. It has the ability to mount 2 extra 7.7 mm machineguns in the wings with the Re.2002 fuselage. This plane is the first of the Famous Reggiane planes in this line.

The Re.2000 wasn’t too popular in the Italian air force so a project was set up to produce an even better fighter. That fighter became the Reggiane Re.2001 Falco II! It used an improved Re.2000 fuselage and mounted a 1,175 hp Alfa Romeo inline engine (a more powerful and reliable license-built German DB 601). The speed did not improve too much but the plane was liked nonetheless. It can upgrade its fuselage to the Bis variant and mount 20 mm mg151’s in the wings while gaining a bunch of speed almost reaching 600 km/h.

Here is another mix of 2 planes which shares the same fuselage. The stock plane is an Re.2004 which is basically an Re.2001 but with improved aerodynamics and an italian engine of the name Isotta-Franschini Zeta R.C.24/60 which i have no info about but it could mount an engine cannon and the prototype actually had 3x 20 mm mg151 cannons together with the 12.7 mm breda machine guns firing through the propeller. Anyway it can quickly upgrade it’s engine to a DB-605 which makes it the legendary Re.2005! This plane is much faster than the Falco II now reaching 620 km/h!

Italy started planning military jet aircraft extremely early with the earliest designs being drawn up before WW2. Now when the Re.2005 entered service it was on par with most planes it went up against but it was soon it was realized that a faster plane had to be designed. One of the ideas was fitting a jet engine in the tail of the Re.2005 giving it a boost in climb and general speed. The first design was not too practical and would have resulted in a failure if it had been built but a more realistic design was soon drawn up. The pre design was more of a proof of concept than an actual design and was named Re.2005SF. The real variant was named Re.2005R and featured a much bigger jet engine engine in the tail. According to documents it was to use the DB-605 but the blueprint i’ve come across shows a different engine, it’s probably some ingenious italian engine adding to the speed. In real life this project was shut down since italy got its hand on the powerful DB-603 and the jet engine would use up a bunch of fuel. The DB-603 variant was called Re.2006 and would have reached speeds up to 750 km/h but i decided to not have it in this line since it looks almost identical to the Re.2005 and those speeds would make it a tier 8 and leave a slot between the Re.2005 which is historically and practically a tier 6 not to mention the Re.2005R is really similar in config to the tier 8. The Re.2006 will be a premium tier 8 since i have had trouble finding those in abundance.

Finally another Caproni design! This is the Ca.183Bis high altitude interceptor and i think u can understand why i went with the Re.2005R design previously. This thing is really big and really cool. It based on the famous Caproni Campini N.1 but differs in the way that it would use a DB-605 engine in tandem with the jet engine at the back just like the 2005R. The project is actually post 1943 and was was started as a collaboration between German and Italian engineers when Mussolini took back the power again in late 1943. A prototype was being built but destroyed in a bombing raid in 1944. The speed as expected to be 740 km/h which is really fast and the armament was to be either 5x 20 mm mg151’s or 4x 20 mm mg151’s and a nose mounted 30 mm mk103 (same gun as the pz II luchs). The 30 mm would obviously be an upgrade option and has the ability to effectively take out tanks due to its high penetration with ap rounds. The long wings would make it very maneuverable at high altitude which is the recipe for maneuverable at all altitudes in Wowp. Fast and turning like a spit with deadly armament.

Now this is an aircraft i recently discovered. It an early post war jet fighter designed by Caproni and this specific variant where to actually use 2 Jumo 004 engines, probably Russian copies but it’s possible it could be German made ww2 ones or even more crazy, italian made ones. Any how all i’ve been able to find is a line drawing and it doesn’t show any armament, but its tier 9 so i would give it 4x 20 mm as standard and 4x 30 mm as an upgrade. it speed with those engines along with the sleek fuselage would give it a speed approaching 1000 km/h but probably it would be closer to 900 km/h depending on how well the engine is made. The standard engines can be German ones and the upgraded ones can be Russian made ones giving it a speed boost.

Now this is is the real deal. This is the Caproni Ca.197 but with 2 DH Ghost engines. What makes it even cooler is that the design is totally different from the Jumo variant. Its speed with those engines would definitely make it go faster than 1000 km/h and probably even outspeed the at the time fastest planes F-86, J-29 and Mig-15. It’s armament are 4x 30 mm guns like on the upgraded Jumo variant. Unfortunately it could only find its frontal view so we can only speculate how it would look from above and from the side for now. It almost look like a Hawker Hunter but since it has 2 huge Ghost engines in its bum its more of a black mama looking hunter.

And that is the end of the Reggiane/Caproni line.

This is in my opinion one of the cooler lines in the tree at the time of this writing but that’s mainly cuz i only have an excel sheet to look at and not something more visualized like this article. Anyway don’t go around thinking this is where it’s at, that it aint gonna get any better than this, cuz this is just the start. Part 3 will be one of the few short lines of aircraft and that is the Ambrosini/Aerfer line. Stay tuned.