So here is part 3. This one will be shorter since these articles takes forever to write and i’m going away tomorrow.

So this is the Ambrosini SAI/Aerfer fighter line

It starts from the Macchi MC.202 Folgore which is in another line.

The Ambrosini SAI-207 is a weird plane. Its made entirely from wood and is considered a light fighter. It was developed from the Ambrosini Sai.107 trainer/racer plane. Its armament consisted of 2x 12.7 mm breda and on one particular sample 2x 20 mm mg151 in the wings. Since this is a tier 6 plane the 20 mm’s will come as default since 2 mg’s wont cut it unless u have a bunch of free EXP. This plane was really fast and maneuverable since it was made of wood. Its top speed is 640 km/h which is really good.

The Ambrosini SAI.403 is a light fighter developed from the SAI.207.  Its very similar but as you can see it had a more modern square ish tail and the plane was more refined over all. It was still made of wood and with its very limited 1000 hp engine it could reach speeds of up to 670 km/h which is really impressive. Its base armament are 2x 12.7 mm breda and 2x 15 mm mg151 which can later be upgraded to 20 mm mg151’s. It has 3 air frames it can upgrade to starting at A going up to C all increasing its speed.

The Ambrosini Sagittario was developed from the Ambrosini S.7 racer plane and was originally just a proof of concept for a jet aircraft and is often called an experimental plane. But in reality it was a fighter plane in disguise since the project was soon kicked over to Aerfer ho wanted to develop a super sonic interceptor of it. The prototype was never armed but some blueprints shows 2 gun holes beneath the engine which i assume are 20 mm’s or 30 mm’s. 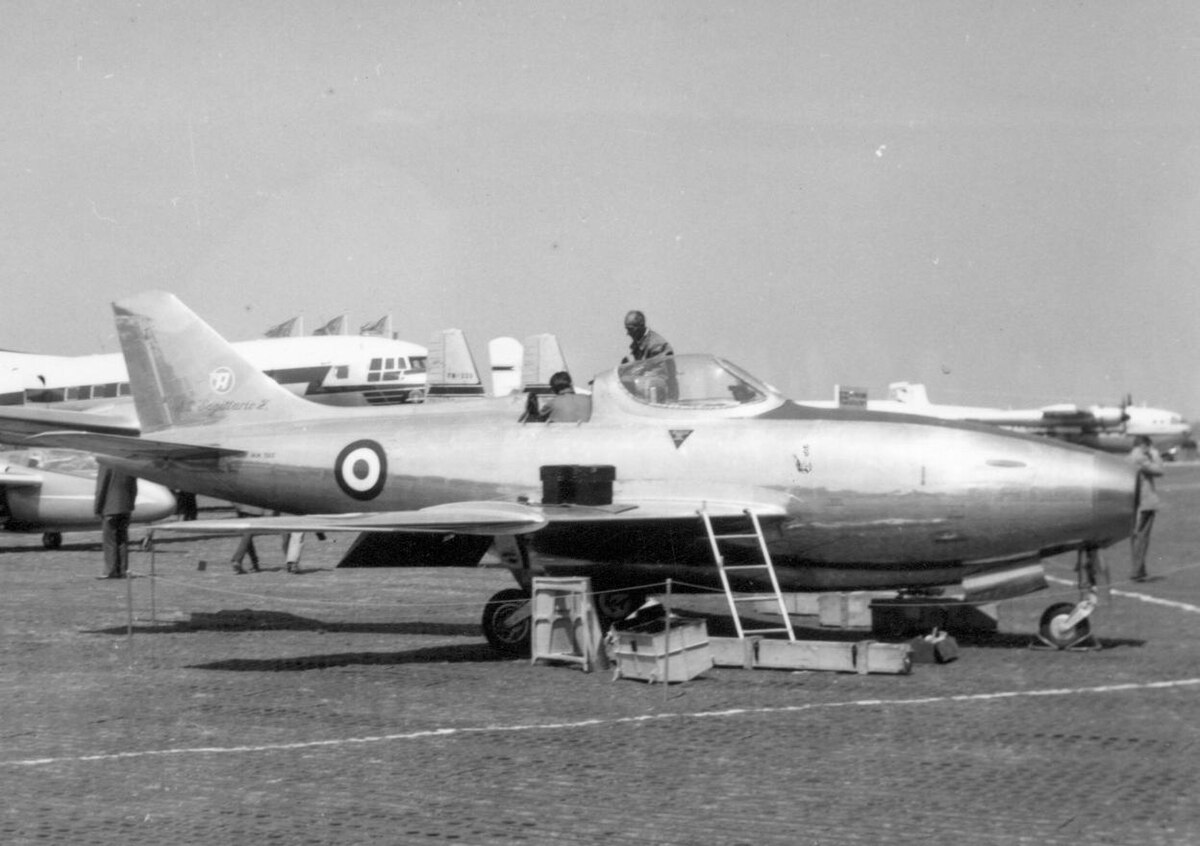 The Aerfer Sagittario II is the continued development of the Ambrosini Sagittario 1 done by Aerfer. As u can see it looks like a yak-17 on steroids. It has a tricycle landing gear, a bubble canopy, a powerful Derwent engine, real fighter armament and was the first Italian plane to break the sound barrier. It had 2x 30 mm Hispano cannons also known as Aden cannons. Its top speed is 1050 km/h which is really fast but not fast enough. Stay tuned for the tier 10.

The Aerfer Ariete is what would be the service variant of the Sagittario II. It featured a very similar air frame only differing slightly in the air intakes and exhaust not to mention a second intake on the back for an extra Rolls-Royce Soar RS.2 auxiliary turbojet for extra climb and speed and retained the 30 mm Aden cannons. Its top speed is 1080 km/h but with the extra engine it would go beyond that reaching 1130 km/h. This is probably the best built Italian jet fighter design of the 50’s.

SO that’s part 3, stay tuned for part 4 coming on Monday.